Loving the snow and the winter :-)? One of my friends’ 6 yrs old kid Jacob was asked recently: “Do you think the winter will ever end?” “It has to,” Jacob replied, “or I will never be 7.” His birthday is in the summer :-)!

Hope everyone is doing well!

I’m away for the next few runs (Sun 9 Mar, Wed 12 Mar, and Sun 23 Mar). Suzanne will be leading the workouts. Thanks Suzanne!

I’ve just confirmed the date Fri 28 Mar with our next guest speaker Jason Dunkerley. As mentioned Jason is an inspirational runner. Being completely blind, Jason can run 1500m in 4min7s! Jason’s list of achievements is impressive. In a decade of running for Canada , he has competed in three Paralympic Summer Games, medaling in the 1,500 metres at the 1996 Games in Atlanta , and in the 800 metres at the 2000 and 2004 Games in Sydney and Athens respectively. Jason will share with us how he finds freedom in running, how he does his training, and how he came back from a serious pedestrian – car accident (Jason was the pedestrian).

Looking forward to see you at the pub night!

What: pub night and guess speaker Jason Dunkerley:
Where: Royal Oak at Pretoria Bridge ( 221 Echo Dr .)
When: Fri 28 Mar, 6pm dinner, 7pm presentation on the second floor. You can join us for dinner or just come later for the presentation.
Who: everyone (your friends and spouses are also welcome)
Cost: $1.00 per person. This will pay for a small gift and the guess speaker's dinner.
RSVP: by email truong_long at yahoo.com

“Jason was born blind with a condition affecting the way the optic nerve is attached to the brain. He grew up in Northern Ireland before immigrating to Canada with his family in 1991 at the age of 13.

Jason discovered a passion for middle distance running in high school in Brantford , Ont. At the University of Guelph , where he studied international development and Spanish, Jason met a runner named Greg Dailey who became his main guide running partner. This was the genesis of a running relationship which is in its 10th year and has brought Greg and Jason two Paralympic silver medals in 2000 and 2004, four world championship appearances, and four Pan American titles.

Greg and Jason are coming off their best season ever in which they captured gold in both the 800m and 1500m races at the Para Pan American Games held in Rio de Janeiro, establishing new Canadian and Para Pan American records in both events and coming within 0.41 seconds of surpassing the longstanding 800m world record for blind athletes. Greg and Jason hope to use this breakthrough as a springboard in preparing them to be at the top of their competitive game going into the Paralympic year in 2008.

Jason currently trains in Ottawa where he lives with his wife Colleen. When not training, he enjoys playing the guitar.”
à l'adresse 6:00 PM 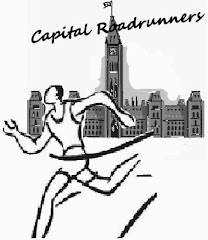